Ipswich Transport Museum is a collection of over 100 major transport and engineering objects which were made or used in the Ipswich area. They show how people used to go about their daily lives and remind us of the many things that were actually designed and built on our doorstep. Our Transport Collections are lovingly cared for by dedicated volunteers. The collection started 50 years ago with just one bus and has grown into one of the most comprehensive collections of its kind.

You can see buses and bicycles, prams and a police car, lawnmowers and lorries, fire engines and a funeral hearse. The amazing selection of local vehicles is supported by a variety of small exhibits, display material and ephemera.

The museum also houses the Ipswich Engineering Collection which includes many items from well known companies including Ransomes Sims and Jefferies, Ransomes and Rapier, Cranes, Reavell and Cocksedge. The displays include cranes, fork lift trucks, lawnmowers and intricate models.

So, whether you are interested in buses, lorries, bikes, cranes or carriages, social history or just want to know a bit more about the area, you will find our museum a fascinating place. 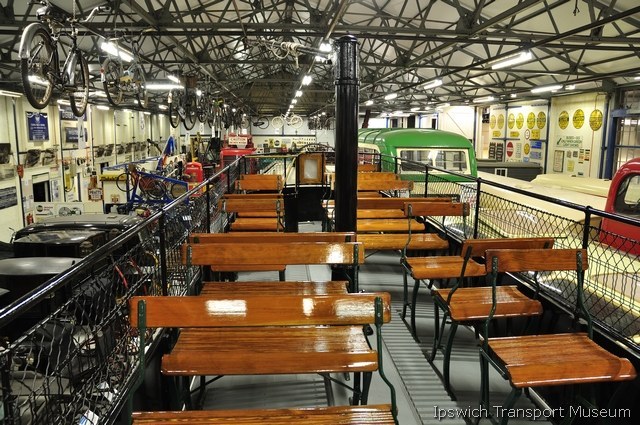 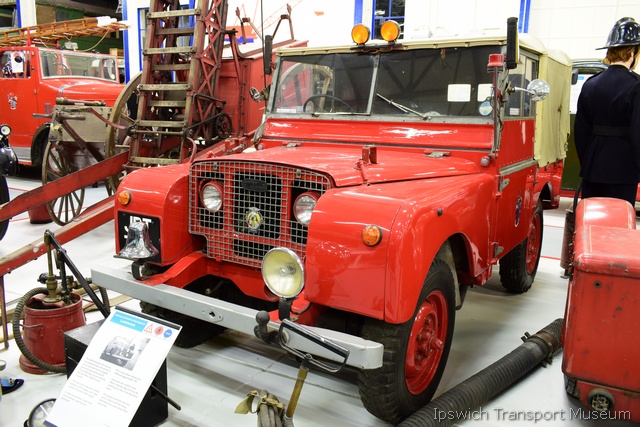 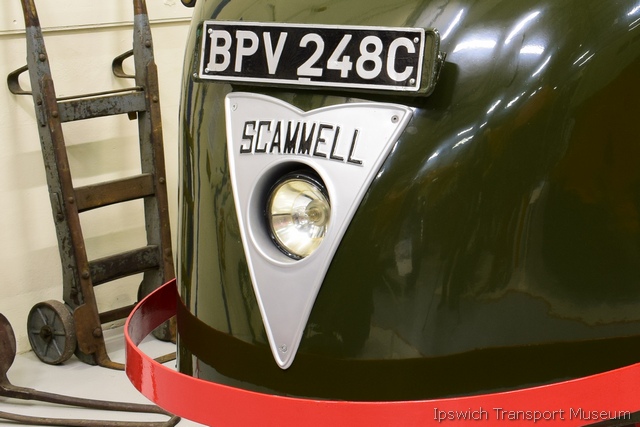 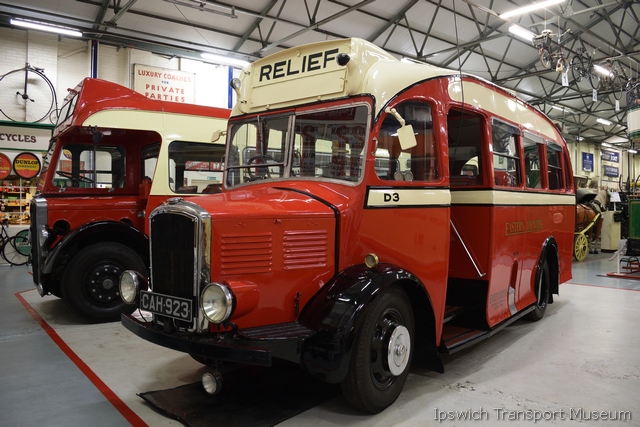 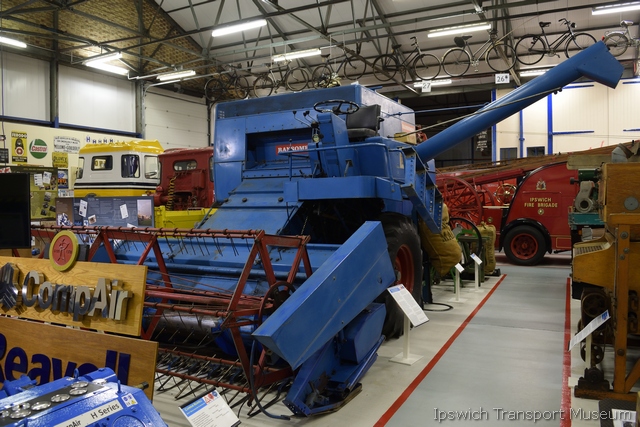 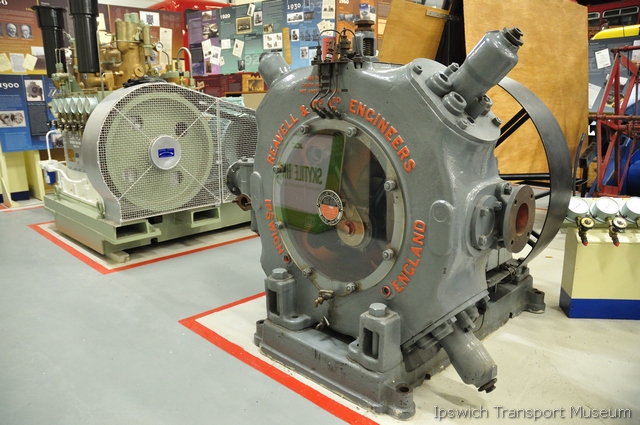 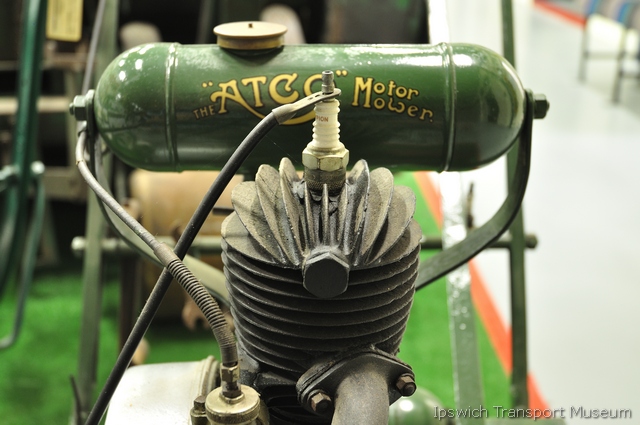 Visitors can purchase a joint admission ticket which allows admission to all the sites for £12 adult and £1 for accompanied children.

Visitors will be able to see the Transport Museum's 'full size' transport and engineering objects alongside model buses, trains, trucks and trams - and there will be model boats sailing on a purpose-made pond, courtesy of the Gipping Valley Model boat club.

First stop on the route after leaving the Museum is the International Plastic Modellers' Society regional gathering at Rushmere Bowls Club, followed by all things model railways at the Ipswich Railway Modellers' HQ in Norfolk Road. The service will then call at the Ipswich Model Railway Centre in Tomline Road and the Ipswich Model Engineering Society HQ in Foxhall Road where guests can ride behind miniature steam locos built by society members. The bus then completes its circuit back at the Transport Museum. The service also connects with Ipswich Park and Ride at Ipswich Hospital and national rail at Derby Road Station (at the junction with Foxhall Road).

The bus service will run every 20-30 minutes from the Transport Museum from 0930, with the attractions around the route opening at 10am, and the museum itself at 1030. The event finishes at 1600.

INFORMATION ON THE ROUTES FROM IPSWICH AND IN FELIXSTOWE

In view of the uncertainty of roadworks on the traditional route, together with congestion in Ipswich, the route from Ipswich has been split into two.   The A14 will be used to reach Felixstowe and the approach to the seafront will be via four routes.   In Summary:

Routes out of Ipswich
All vehicles (except motorcycles which will leave by the Park Road gate and go via Westerfield Road and Valley Road) will leave Christchurch Park by the Bolton Lane gate, turn left and then along Tuddenham Road, then right at the roundabout into Colchester Road, Woodbridge Road East and Heath Road. At Foxhall Road roundabout about 200 cars, all buses and most commercial vehicles, together with all bicycles and other special entries, will continue along Bixley Road, turning left onto Felixstowe Road at St. Augustine’s Church continuing to Seven Hills interchange to join the A14 for Felixstowe. A number of vehicles will use the traditional route though the Trimleys and Walton (old Felixstowe Road and Morston Hall link road)
Another 200 cars, leisure vehicles and motorcycles will turn left at the Foxhall Road roundabout into Foxhall Road, and continue to the A12 Newbourne roundabout turning right onto the A12 and join the A14 for Felixstowe at Seven Hills interchange.

Approach to Felixstowe Front
After lobbying Suffolk Highways we have been assured that some of the roadworks at Walton can be lifted before and for the duration of the run. Although this means we cannot return completely to the normal route all vehicles will now be able to parade through Trimley St. Mary and Walton en-route to the seafront. Vehicles routed via the A14 at Seven Hills will carry on to junction 59 turning right into Howlett Way and then left into High Road West. At the Garrison Lane traffic lights half the cars will go straight on then into Maybush Lane and on to the Promenade. The remainder will turn right and at the roundabout by the Premier Inn will continue into Langer Road and left into Orford Road, cross Sea Road, and on to the Promenade. Cycles and special entries will turn right at Garrison Lane lights, continue to the roundabout (by the Premier Inn) and turn left into Undercliff Road West and then right onto Sea Road to their parking area. 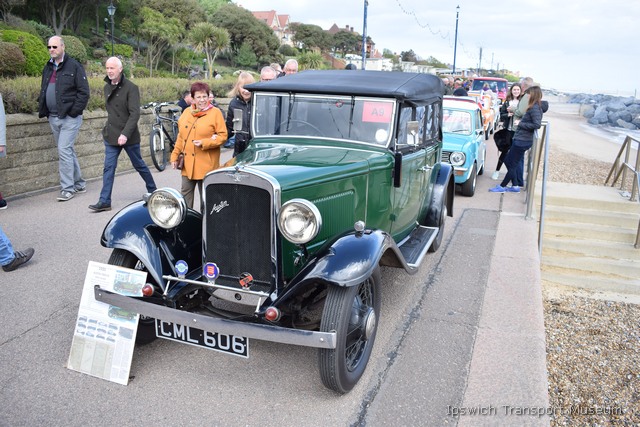 The run will leave Christchurch Park at 11 am headed by one of our Museum vehicles carrying the Mayors of Ipswich and Felixstowe and their consorts.

The route takes them from the park up to Colchester Rd via Westerfield Rd. They then travel down Heath Road, Bixley Road and Felixstowe Road past Sainsburys and the Showground before turning right onto what was the old A45 and along the single track road to the Trimleys and Walton

The routes then diverge. Commercial vehicles, buses, motorcycles, leisure vehicles and some of the cars turn right into Garrison Lane and then to the sea front.The military vehicles will assemble in Walton and then convoy to the sea front along the same route. All other cars will go via High Road East and Maybush Lane to the sea front.

A taster from previous runs 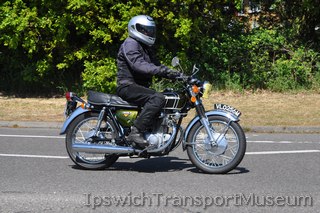 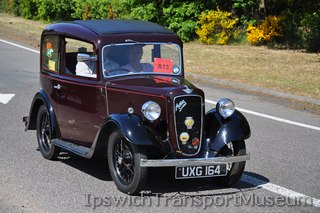 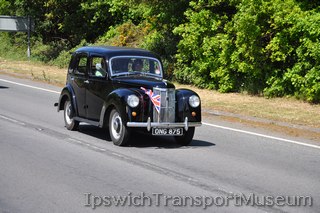 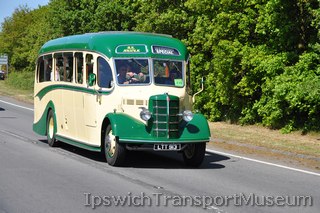 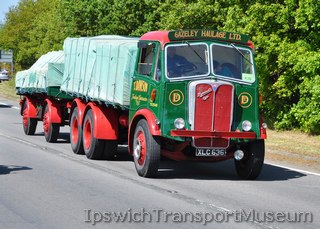 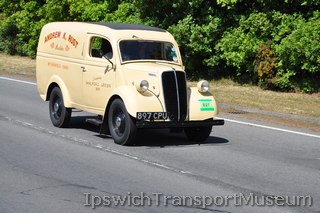 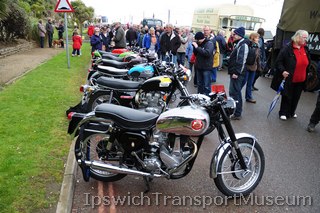